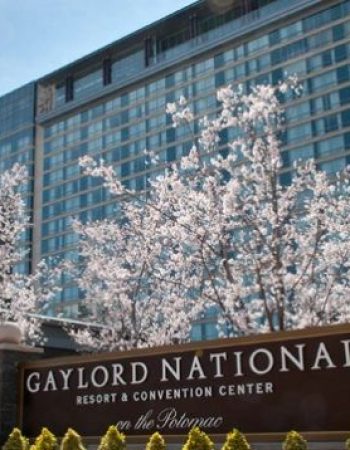 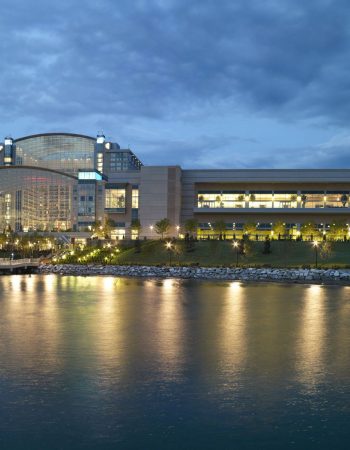 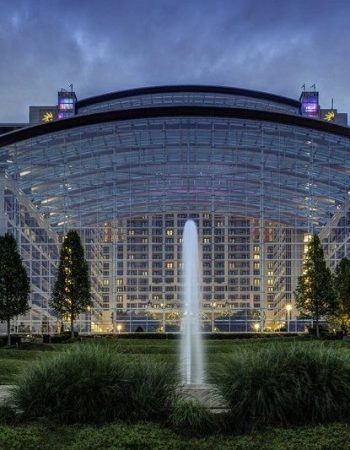 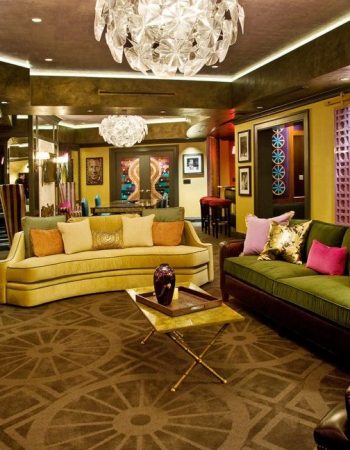 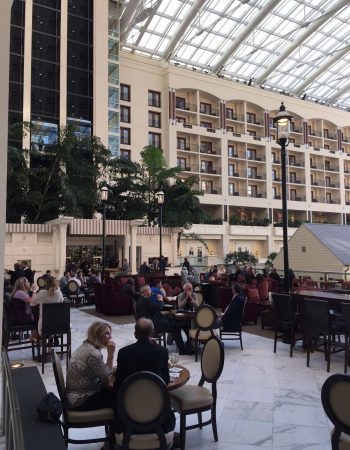 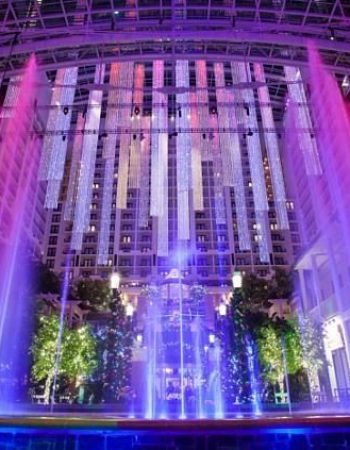 The Gaylord National Resort & Convention Center culinary team turns out elegant and inspiring delicacies every day, in its innovative approach to catering events. Prepare for a Pesach of awe inspired elegance that will please even the most critical palate. With a  traditional approach to Passover and strict kashrut that you have come to expect and appreciate  from THE GREAT KOSHER ESCAPE.

Your family will be indulged with the highest quality and freshest gourmet cuisine and an unrivaled  luxury dining experience.

Meals To Delight Your Palette

Outdoor buffets and barbeques nestled in the cherry blossom background

Chef David Hackett holds the title at Executive Chef at Gaylord National Resort. With over 40 extensive years of experience in the hospitality industry, he began his career as a chef for the Walt Disney World Company working at both the Magic Kingdom and the Coral Reef Restaurant in Epcot Center. He joined Marriott International in 1993 and worked as the Senior Banquet Chef at Marriott Harbor Beach Resort in Fort Lauderdale, Florida. A few years later, Hackett accepted the position as a Complex Chef in New York City’s Marriott Marquis Hotel’s popular restaurant, The View. Before moving to the Washington, D.C. area, Hackett worked as Executive Chef at the JW Marriott Hotel in Dubai, the Renaissance in Miami, Florida, the Westin Diplomat Golf Resort and Spa in Hollywood, Florida and The Biltmore Hotel in Miami, Florida. Hackett brought his culinary artistry and expertise to the Gaylord National Resort in the National Harbor in 2019.

Zusha is an American Hasidic folk/soul band from Manhattan, New York. They formed in 2013 with lead singer Shlomo Gaisin and guitarist Zachariah Goldschmiedt. The band, named after Zusha of Hanipol, combines traditional Hasidic niggunim with secular styles like jazz, folk, and reggae. Their self-titled debut EP, released on October 28, 2014, reached No. 9 on Billboard’s World Albums chart, while their debut full-length album, Kavana (2016), reached No. 2.

Dr Vanessa Neumann is a  Venezuelan-American diplomat, business owner, author and political  theorist. Dr. Neumann was the president and founder of Asymmetrica, a  political risk research and consulting firm headquartered in Washington,  D.C. She served for four years on the OECD’s Task Force on  Countering Illicit Trade, and is a current consultant to UN Women on  gender-based approaches to preventing and countering violent  extremism. She is the author of the 2017 book Blood  Profits: How American Consumers Unwittingly Fund Terrorists, as well as  its 2018 Brazilian edition, Lucros de Sangue

During the 2019  Venezuelan presidential crisis, a plenary session of the Venezuelan  National Assembly approved her appointment as ambassador for the acting  President Juan Guaidó. She was appointed Ambassador and Chief of Mission  for Venezuela to the Court of St. James’s in the United Kingdom.

Neumann  received her B.A., M.A. , M.Phil., and Ph.D.  from Columbia University, where she submitted her  doctoral dissertation, “Autonomy and Legitimacy of States: A Critical  Approach to Foreign Intervention,” under the tutelage of Rawlsian  scholar Thomas Pogge.

Neumann dated Mick Jagger in 1998. Their  relationship ended in 2002. She was later engaged to Scottish landowner  William Stirling. Neumann married William Cash, son of Sir William Cash,  a British Conservative politician and Member of Parliament for Stone.  They divorced in 2010.

Jerry  Markovitz is seen on left performing at a concert in Central Park. An amazing powerful voice that will make your Pesach that much more delightful.

Mrs. Chaya Batya (CB) Neugroschl serves as the Head of School at the  Samuel H. Wang Yeshiva University High School for Girls (Central). She  is an educator with over twenty years of pedagogic, curricular, and  administrative experience in both Judaic and General Studies. Before  coming to YUHSG, Mrs. Neugroschl served as Assistant Principal and  Co-Director of General Studies at SAR High School, where she introduced  innovative curricular initiatives and special programming. Previously,  Mrs. Neugroschl was the Director of Admissions at Ma’ayanot Yeshiva High  School for Girls, where she also taught Jewish History and Philosophy.

Mrs. Neugroschl studied for two years at Michlala College for Women  in Israel and earned her B.A. at Stern College for Women in 1993. She  continued her studies at Yeshiva University’s Bernard Revel Graduate  School of Jewish Studies, with a focus on History of Halakha and  Medieval Ashkenaz. She received her M.A. in Near Eastern Languages and  Civilizations from Harvard University in 1998. Her Master’s thesis was  entitled “The Nexus of Law and Spirituality in Maimonides’ Laws of  Charity.”

Cherry Blossom in DC will be in full season