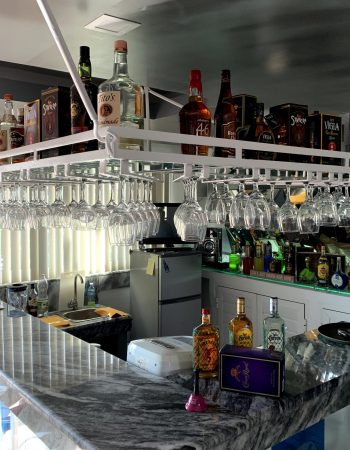 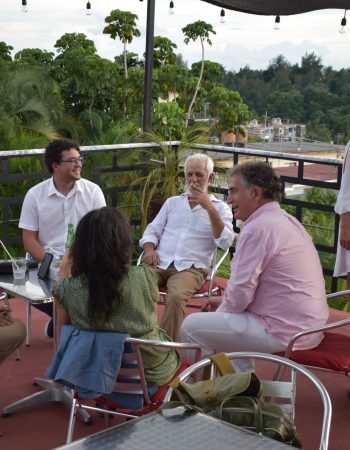 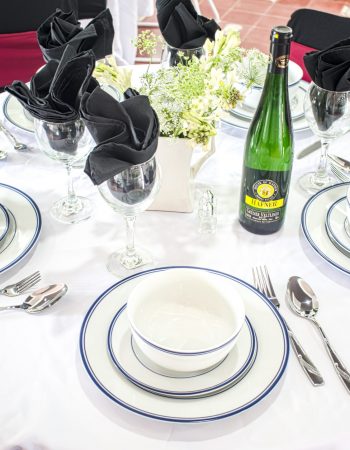 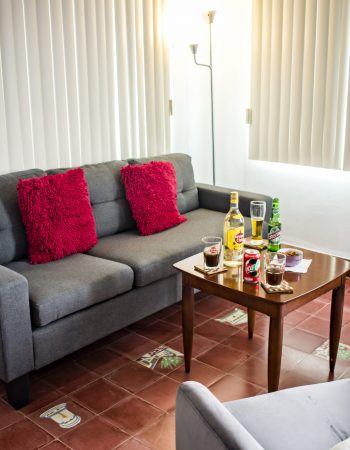 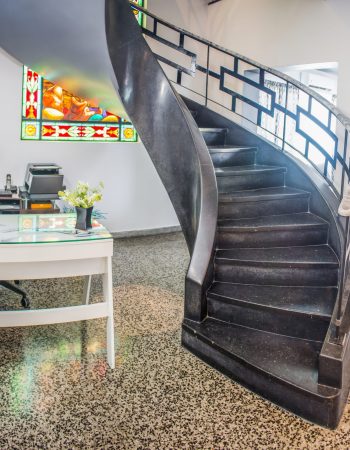 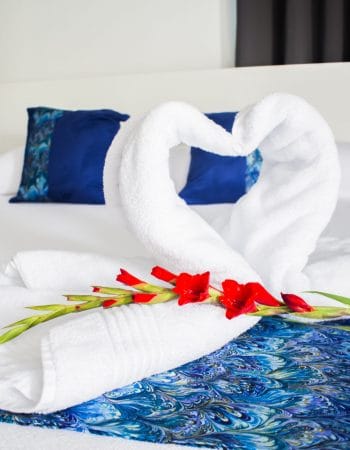 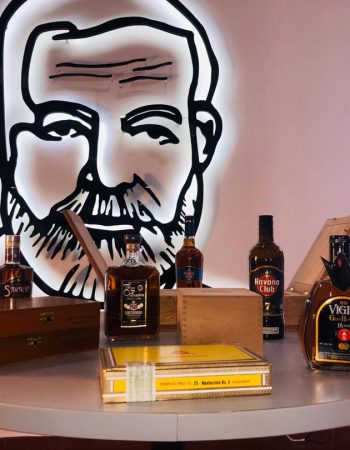 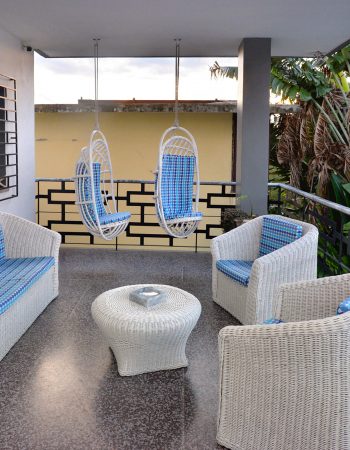 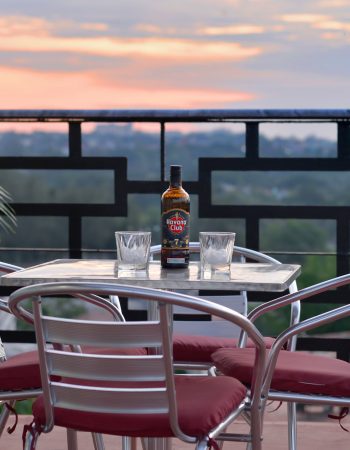 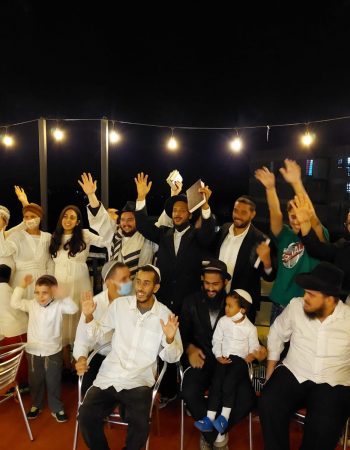 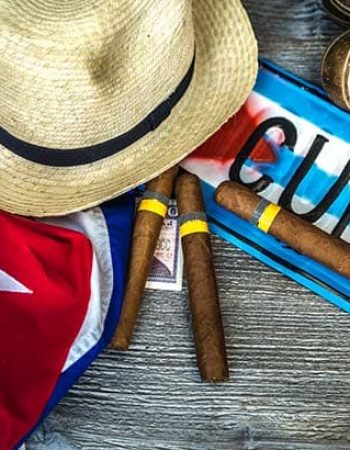 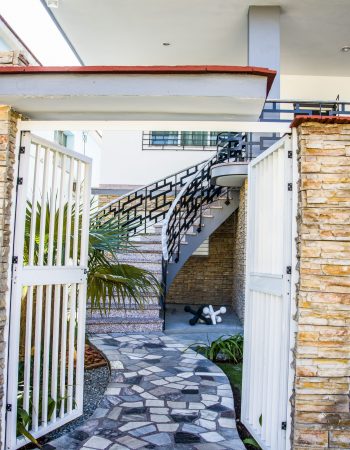 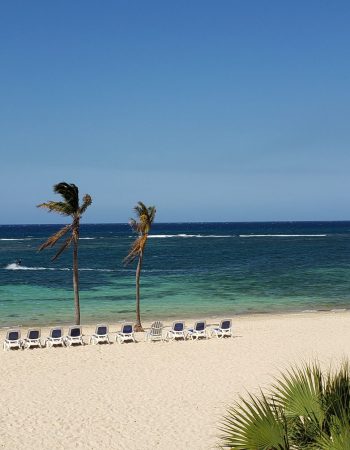 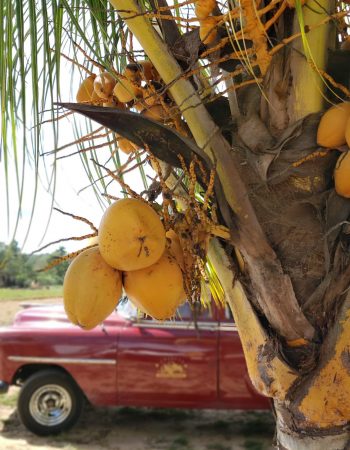 This year, try something new and different for Pesach.  For the first time ever, we are proud to announce a first-of-its-kind Passover Program – Passover in Cuba!

We invite you to come explore this Caribbean jewel with a rich Jewish history.  Unlike the other islands in the region, you won’t be relegated to a resort only experience.  In addition to fine dining, in house entertainment and the comforts of home, we invite you to explore Havana, a world class city that boasts fine art and architecture, museums and galleries, and a vibrant and safe nightlife.   But it doesn’t end there.  Take a day trip out to Viñales, where you can explore tobacco country and learn all about how our world famous Habanos are made.  And of course, what trip would be complete without some down time at the beach?  Sun, sand and surf await you in Varadero, home to Cuba’s famous sugar sand beaches where you can spend the day seaside with a mojito and enjoy the tropical breeze.

Rabbi Berel Simpser is a musmach of Yeshiva V’Kollel Ramach (Rabbi Zweig’s Yeshiva in Miami). He also studied at Yeshivas Rabbi Yitzchok Elchonon (Y.U.) and Ner Israel Rabbinical College in Baltimore.  In 1999, he founded the Community Kollel of Des Moines, established Aish MN in 2006, and currently lives in Florida where he is the Rabbi of the Young Israel of Aventura.

For over 25 years, Rabbi Simpser has worked extensively in the Kashrus Field.

In the 1990’s he was the O.U.’s Kashrus representative for the State of Florida, as well as the Kashrus Administrator of the O.R.B in South Florida.  He later became a field rep. for the CRC (Chicago Rabbinical Council) and the Star-K in the Midwest.

He is one of the most experienced Rav Hamachshirim in the areas of hotel Kashrus and kosher cruising, having supervised over 20 Pesach programs, close to 30 cruises, as well supervising large venues (5000+ attendees) such as the North American Federation’s General Assembly 5 day convention.

He has been training mashgichim in all facets of Kashrus for close to 20 years and founded INTERNATIONAL KOSHER MEHADRIN in 2008.

Cuba is home to some of the best organically grown fruits and vegetables.  Using only the freshest ingredients, our chefs prepare sumptuous gourmet kosher meals featuring native produce such as malanga, papaya, yucca and much, much more.

Explore our seasonal offerings and our planned Passover menu below:

Our facility comes complete with a full bar and lounge including plenty of indoor seating as well as two outdoor terraces.  We’ll have live music along with scheduled demonstrations in cooking, mixology, tobacco rolling and more!  Plenty of toys, books and games for the kids, and if you prefer a little bit of nature, Havana’s Bosque de La Habana is just down the street where you can go on a hike and take in the natural beauty of the landscape.

Cuba has been a refuge for Jews since 1492, when conversos sought a safe haven from the Spanish Inquisition. Today, a tiny but united community of one thousand remains after more than five hundred years of history and five distinct waves of Jewish immigration.  Our journey affords you a unique opportunity to interact with people from the community, participate in an Erev Shabbat service at one of the oldest synagogues in Havana and provide much needed assistance and aid to those who share our lineage.

We begin with a visit to El Patronato, the conservative Jewish community synagogue which also serves as the Jewish community center of Cuba. We’ll meet with community leaders and listen to a presentation of the history of Jews in Cuba – before and after the revolution – and have an opportunity to ask questions from the people who lived through both eras.

Visit the Havana Club Rum Museum to learn the history of rum in Cuba, including free samples and a store where you can purchase high quality Cuban rums.

Visit to the Almacenes de San Jose, a mile-long local craft market in Havana, where you’ll find booths filled to the rim with locally produced pottery, jewelry, musical instruments and paintings.  You are encouraged to speak directly to the artists, ask questions while giving them a welcomed chance to practice their English.  As with most places, prices are negotiable and many quality works can be purchased at reasonable prices.

A stay in Cuba would not be complete without taking a trip in one of the famous American classics. Awaiting you  will be 1940s and 1950s-era gems from a foregone era ready to take you back to Chateau Blanc through El Bosque de La Habana, a serene wooded area where the hanging green curtains of the giant jaguey trees dazzle and where the banks are host to some fascinating Santeria rituals.,

Optional: Following dinner we are off to Fabrica de Arte Cubano or F.A.C.  This Cuban art “factory”, was originally the headquarters for Havana’s electric company and then converted to an olive oil factory prior to becoming the “it” place in Havana for art, music, cinema and dance.  This amazing place was voted Top 100 Places by Time Magazine. Join in and become a part of this unique Cuban experience.

Habana Vieja is the birthplace of Havana and recently celebrated the 500th anniversary of its founding.  Painted in the pastel colors typical of the region but with the feel of a continental European capital, you’ll walk down quaint cobblestone streets lined with shops, eateries, music halls and other attractions and explore the four main plazas in the area: San Francisco Square, Old Square, Main Square and Cathedral Square, as well as visit the Capitol Building, Grand Theatre of Havana, Central Park and Obispo Street.   Take your time to soak in the spirit of the city and interact with the locals.

We begin with a tour of the old city and visit to Museo de La Revolución (Museum of The Revolution), where you can see history of world events told from the Cuban point of view.  From there the tour continues and includes:

Following dinner, visit the iconic Hotel Nacional, a seaside hotel frequented by the rich and famous, and the best place in the city to enjoy a cigar by the water. Take your time, roam the garden, watch the peacocks and take in the majestic view of the El Morro in the distance. 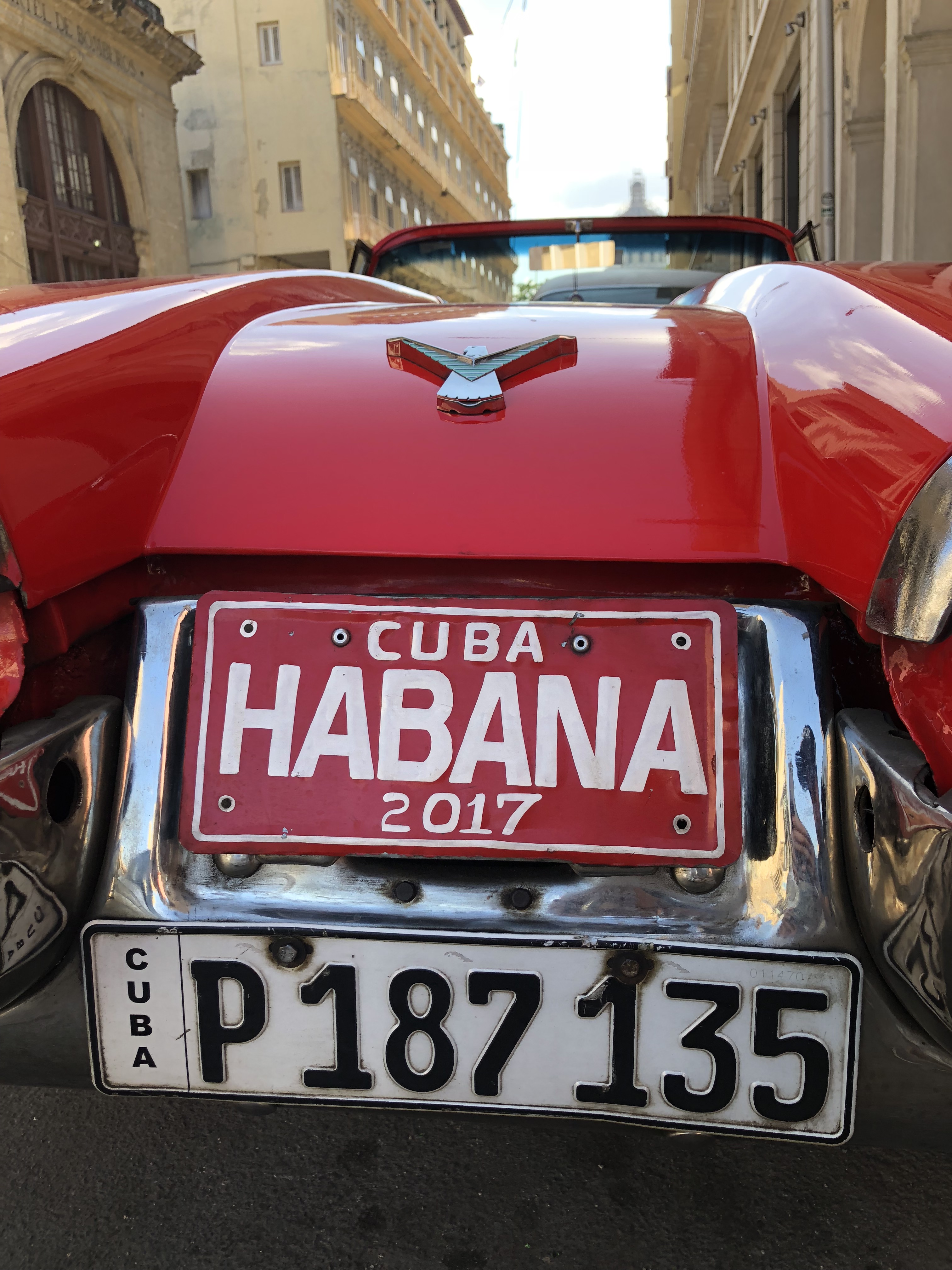 We’ll visit the United Hebrew Congregation Cemetery – the first of its kind in Cuba – on the outskirts of the city.  While in a state of  some disrepair, youth groups from the US have come to restore the graves and grounds to dignify the ancestors and history of Cuban Jews.

On our way back to town, we’ll stop at Finca Vigía or the “Lookout House”, where Ernest Hemingway penned some of his most important works including For Whom the Bell Tolls and The Old Man and the Sea.  The house remains exactly the way he left it on July 25, 1960, and artifacts from his life there are on display.

Once back in the city, we’ll visit the Centro Hebreo Sefaradí Synagogue, which is affiliated with the United Synagogue of Conservative Judaism.   We’ll walk through the Holocaust Museum and meet with community members to discuss religion in Cuba.

The Cuban cigar is known throughout the world as the pinnacle in the industry.  To learn more,  we’ll visit Viñales in Pinar del Rio province, home to some of the richest and most fertile tobacco soil.  There we’ll meet a tobacco grower (veguero) at his farm (vega) and see how the tobacco for the world renowned Cuban cigars is cultivated, grown and rolled into Cuba’s most famous product.

From there, we’ll visit a coffee plantation tour where you will learn the rich history, production and distribution of the famous café cubano (Cuban coffee) which is typically prepared as a highly concentrated espresso and sweetened with sugar.

Before we say goodbye to the countryside, we will make a stop at the Mural de la Prehistoria (pre-history mural) a 120m by 180m mural on a rock face displaying a depiction of the evolution on the island from mollusk to man. This impressive site was commissioned by Fidel Castro in the early 1960’s and is a UNESCO World Heritage site.

Right outside Havana, we will visit the town of Soroa, home of over 700 types of orchids and other plant life on a stunning 7.5 acre garden.  Soroa Orchid Botanical Garden is a registered UNESCO biosphere where the beautiful array of plant life is a must see! 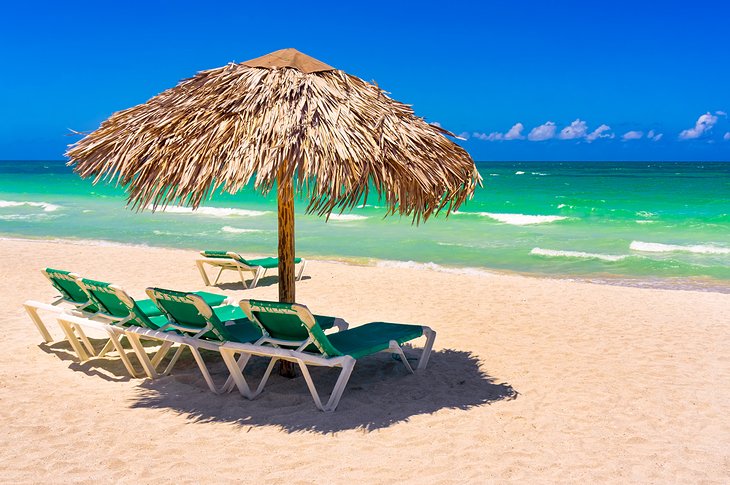 No trip to Cuba is complete without a day (or two :)) at the beach!  Varadero is home to some of Cuba’s most popular beaches, featuring pristine sugar white sands and crystal blue tranquil waters.  Spend the day relaxing poolside with a mojito or daquiri or take a leisurely walk on the softest sands you’ll ever feel as you enjoy the gentle Caribbean sea breeze.

Q Is it legal to travel to Cuba?

YES! As long as travel is NOT for the sole purpose of tourist activity, all other People to People and Support of the Cuban People activities are allowed. Although current regulations include a few documentation requirements, all the travel improvements made by the Obama administration are still in effect. P2P provides for the required documentation and will keep an electronic file of it for your access and/or request for hard copy. These include expenses, invoices, receipts, itineraries, compliance licenses, visas, etc. If you are using a different travel partner, please consult them on their record policy. We work with guests to ensure that itineraries comply with rules for visiting Cuba.

Q Is the water safe to drink?

Bottled water is recommended for consumption in all parts of Cuba unless you are in a facility that has a filtration system or provides bottled water such as ours. We will provide bottled water in house and for all tour expeditions.

Q What travel documents should I bring?

Below is a list of the most important documents you should have for your trip.

Passport – Your passport must be valid for at least six (6) months from your date of entry to Cuba. Bring two (2) or more photocopies to carry with you as you travel around. You may wish to leave a copy at home with someone you can contact in case your passport is lost.

Q Does the internet work in Cuba?